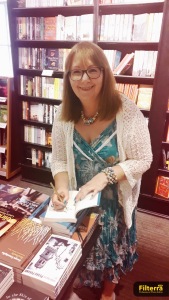 For many years, I thought I’d been born ON Doncaster Racecourse. This was not the case, but the result of classic parental misdirection. “You were born there, Sandra!” Ma and Pa would cry, waving at the TV screen whenever the St Leger was on. I was nine before I realised they meant the town, not the racecourse. I do love horses though.

Growing up, we moved to North Yorkshire (a garden with fruit trees and room for the pony I never got), to Sheffield (a newbuild beside a Gothic Rectory) and Northumberland (old castles, stepping stones in the river).

After dropping out of uni at 18, I ran off to Éire to live The Good Life (goats, pigs, chickens) before returning to Scotland with two children and a pile of skulls skills I’ll probably never use again. A stint as an heraldic artist and a café owner followed, before the writing bug bit deep.

It was always my mother’s wish that I go back to education, and I eventually did, at a time when most folks are calculating their pensions. I’m a great believer in following your heart. Age shouldn’t get in the way of being creative or achieving your dreams. I began writing fiction after my Mum died as a way of coping with grief, and that led to me enrolling at the University of Dundee as a mature student. Studying wasn’t easy, and I did an early morning cleaning job before lectures in order to make ends meet. I graduated in 2013 with a First Class Honours degree in English and Creative Writing, and went on the study for the Mlitt in Writing Practice and Study with the help of Carnegie- Cameron Scholarship.

I’m quick on the draw, too.

Just a few months after graduating in 2014, I took part in a Book Week Scotland Pitch Session and caught the attention of top literary agent Jenny Brown. A publishing deal with Polygon followed, and Beneath the Skin hit the shelves in September 2016. My second novel Bone Deep will hit the shelves in July, and the rights have already been sold in Germany, India and the U.S.

So, keep reading, folks! I don’t want to have to go back to my old cleaning job, but if all else fails, I can fall back on those skills I thought I’d never use again. If you want a cow milked, a rabbit skinned or your coat-of-arms painted, call me.

My debut novel Beneath the Skin was published by Polygon in September last year. It is a psychological thriller, dealing with themes of trauma and identity. It was shortlisted for the Saltire First Book of the Year Award, 2017.

My work, both fiction and poetry, has appeared in various publications, such as New Writing Dundee,  Dundee Writes and ‘Furies’, an anthology of women’s poetry published by For Book’s Sake. I also write fiction for women’s magazines. In 2014, I won the Edinburgh International Science Festival Sci-ku competition, and the inaugural Scottish Arts Club Short Story Competition, which was adjudicated by Alexander McCall Smith. In 2017, and again in 2018,I was delighted to win the Dorothy Dunbar Rose Bowl for Poetry at the Scottish Association of Writers’ Conference.

My second novel Bone Deep, a darkly Gothic tale set  in an old watermill, is a contemporary telling of an old Scots folktale. It asks the question, ‘Is a story ever just a story’? My protagonist Lucie is about to find out! 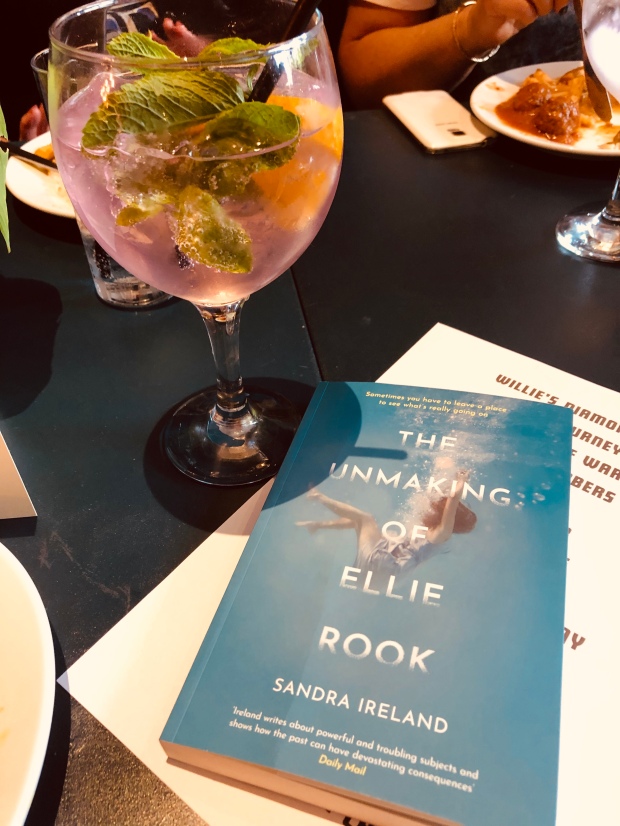 My current book is The Unmaking of Ellie Rook (Polygon), which was inspired by the Aberdeenshire legend of Finella, who killed a Scottish king to avenge her son and leapt a 60 foot waterfall to escape the wrath of his men. I loved the ambiguity of the story- did she live or did she die? – and the decisions people make when they’re backed into a corner. Ellie Rook is a contemporary young woman whose mother disappeared at the very same spot. As she tries to uncover the truth behind this tragedy, she discovers that there was more to her mother’s life than she ever realised.

Water, wood and stone: the inspirational fabric of the land

Tonight sees the final session in Finding Inspiration Through Folklore, a series of community workshops supported by Creative Scotland. We will be holding a sixth and final evening with story-sharing, music and song next month. More details to follow! Things have been so busy recently, with the upcoming launch of my third novel The Unmaking […]